Spanish, spoken by 352 million people, is the official language of more countries in the world than any other language except English. Besides Spain, it is the official language in Mexico, six republics of Central America, all the republics of South America (with the exception of Brazil, Suriname, and Guyana), Cuba, the Dominican Republic, and Puerto Rico. Regional differences in pronunciation are numerous but minor: Spanish, the most popular of the Romance languages, is understood by speakers from many different areas. 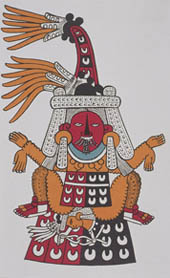 For all of the above reasons the knowledge of Spanish is an important career asset. Since Spain's entry into the European Common Market in 1986 Spanish has become an important language for trade and industry in Europe. Given the recent signing of the North American Free Trade Agreement between the U.S., Mexico and Canada, it is clear that Spanish is going to become an even more important language for international commerce in the future. Pointing in a similar direction, recent reforms in education at the elementary, secondary and higher levels, nationwide and in Kentucky, move consistently in the direction of multilingual and multicultural curricula. At the University of Kentucky over 2,000 students are currently enrolled in the Spanish program.

The Department of Hispanic Studies aims to develop the student's language skills, to provide an understanding of the cultures and literatures of the Spanish-speaking worlds, and to enhance the student's career opportunities in a culturally pluralistic society. The Department offers Majors and Minors in Spanish. The Faculty in the Department of Hispanic Studies consists of recognized experts and scholars in all areas of the language, literature and culture of Spain and Spanish America.

Many American intellectuals such as founding father Thomas Jefferson recognized the importance of the Spanish language in the Western cultural world has well as its omnipresence in the American Continent. The following is an excerpt from Thomas Jefferson's letter to his nephew Peter Carr in which he enocourages young Peter to learn Spanish.

Dear Peter, — I have received your two letters of December 30 and April 18, and am very happy to find by them, as well as by letters from Mr. Wythe, that you have been so fortunate as to attract his notice & good will; I am sure you will find this to have been one of the most fortunate events of your life, as I have ever been sensible it was of mine. I enclose you a sketch of the sciences to which I would wish you to apply, in such order as Mr. Wythe shall advise; I mention, also, the books in them worth your reading, which submit to his correction. Many of these are among your father's books, which you should have brought to you. As I do not recollect those of them not in his library, you must write to me for them, making out a catalogue of such as you think you shall have occasion for, in 18 months from the date of your letter, & consulting Mr. Wythe on the subject. To this sketch, I will add a few particular observations.

1. Italian. I fear the learning of this language will confound your French and Spanish. Being all of them degenerated dialects of the Latin, they are apt to mix in conversation. I have never seen a person speaking the three languages, who did not mix them. It is a delightful language, but late events having rendered the Spanish more useful, lay it aside to prosecute that.

2. Spanish. Bestow great attention on this, and endeavor to acquire an accurate knowledge of it. Our future connections with Spain and Spanish America, will render that language a valuable acquisition. The ancient history of that part of America, too, is written in that language. I send you a dictionary...Full PDF of letter