Prof. Stanton’s research and publications cover Hispanic literatures and cultures from the earliest times to the  present, with emphasis on popular Spanish culture, Goya, Lorca and the Generation of 1927.

Since retiring from UK, Prof. Stanton has published the novel Wide as the Wind, winner of the 2107 Next Generation Indie Award for Young Adult Fiction, along with three other international prizes.  He’s now working on another novel and a travel memoir about Mexico and Spain.  Prof. Stanton regularly publishes political criticism and satire in the Courier Journal, the Lexington Herald-Leader and The Satirist.

Read an essay by Edward Stanton on nature and politics:

Articles, essays, poems, stories, translations and reviews published in more than 100 journals and periodicals in the U.S., Spanish America and Europe 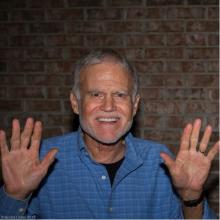