I am a critic of twentieth- and twenty-first-century Latin American, Latinx, and US culture in a diversity of media (literature, film, television, new media, political discourse, academic criticism, advertising) and literary genres (novel, short story, poetry, essay, journalism, blogs).  The foundation of my critical work is North-South comparatist narrative analysis at the intersection of affect, globalization, cultural theory, and discourses of power whether affirming or contesting the status quo.  I am interested in the discursive differential operative between hemispheres, and also in the affinities that bridge the Latin American and US experience, particularly in its Latinx variants.

Questions about the ways that Latin America and the United States interrelate, the ways in which Latin America and the Latinx US are continuous or divergent, and differences between regions and cultures within Latin/x America are endlessly compelling in my research.  What circumstances of enunciation, and what discursive patterns, lend themselves to the assertion of difference, and what circumstances and patterns to the assertion of continuity, between the United States and Latin America?  Within the United States?  What models of identity, agency, and parameters of social and political action are in play in any given cultural context, and why?  What rules of cultural knowledge and action do we enact, and to what ends?

Currently I am most interested in exploring these questions in the context of the intersection between the affective turn and the coloniality of power.  My first book, Coming to Our Senses: Affect and an Order of Things for Global Culture (Columbia UP, 2016), explored what happens to cultural epistemology (knowledge-making) in the context of a widespread cultural turn toward affect.  My follow-up book in progress, Losing Our Minds, Racializing Our Feelings: The Persistence of Coloniality in the Age of Post-Truth Affect, explores the limits of affective inclusivity in a culture that cannot let go of its exclusionary foundational hierarchies. I am also working on a study of the way that Mexican director Alfonso Cuarón’s filmography may be considered an epistemological inventory of post-1989 capitalist culture for the University of Illinois Press Contemporary Film Directors Series.

Coming to Our Senses: Affect and an Order of Things for Global Culture (Columbia University Press, February 2016) 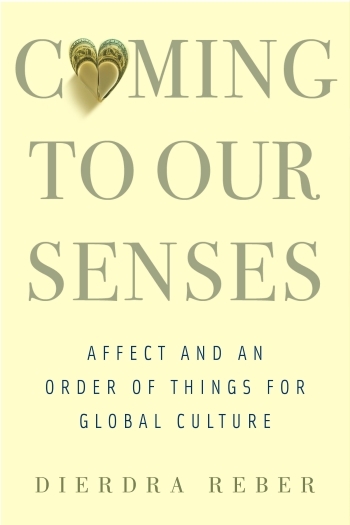 “Reading for Affect, from Literature and Film to Facebook and #Occupy: Why an Epistemological Lens Matters in the Criticism of Capitalist Cultural Politics.” “The Latin American Issue,” eds. Eugenio Di Stefano and Emilio Sauri. nonsite 13 (October 2014).

“False Parity and the Politics of Amnesia.” Co-authored with Joshua Lund. Exile, Intellectuals, and the Memory Wars. Hispanic Issues On Line Debates 5 (Fall 2012): 42–55.

“A Perpetual Now: On Capitalism, Thought, and the Triumph of Feeling” (Interview about Coming to Our Senses). This Is Hell! WNUR, Evanston, IL. 27 Feb. 2016. 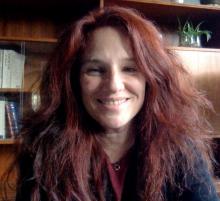